"Seeing such continued strong growth in the number of U.S. farmers markets indicates that regional food systems can provide great economic, social and health benefits to communities across the country," said Vilsack. "Farmers markets provide fresh, local products to communities across the country while offering economic opportunities for many producers of all sizes." 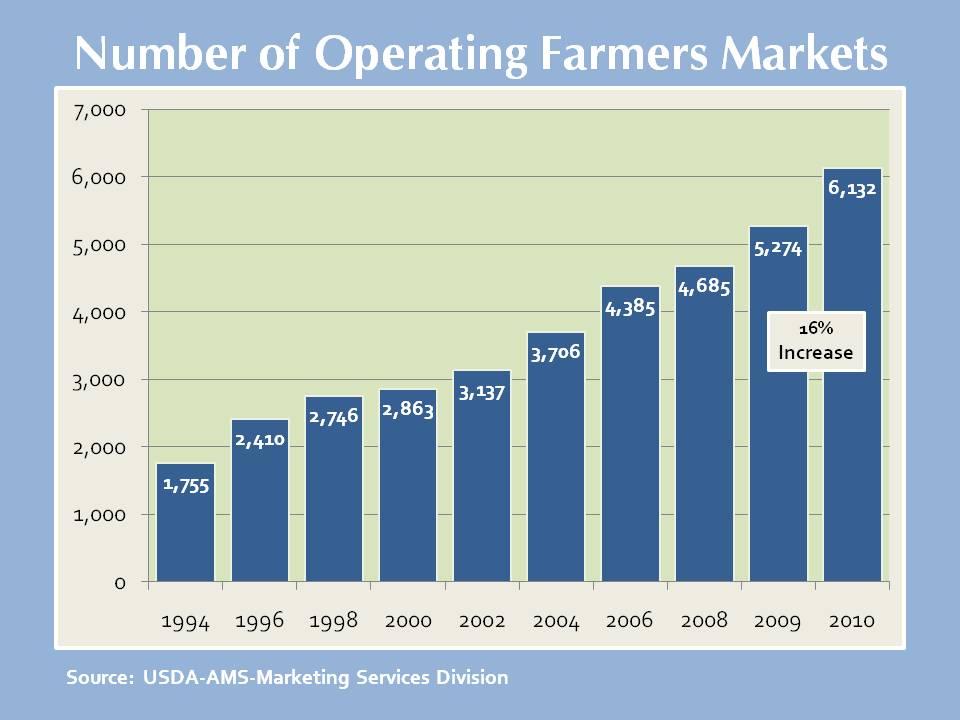 Other findings from the 2010 USDA National Farmers Market Directory include:

886 farmers markets are open for operation in the off-season (between November-March); and
Off-season farmers markets operate in 47 states and the District of Columbia.
The USDA National Farmers Market Directory can be found at http://farmersmarkets.usda.gov. Farmers markets can be searched by state, county, zip code and participation in federal nutrition assistance programs.

Results from the USDA National Farmers Market Directory are based on voluntary reporting from farmers market managers. In 2010, USDA collected electronic reporting for the first time; USDA has been tallying farmers markets since 1994.