Below: Onions were mulched with straw or Spent Brewers Grains to a depth of 1 inch. Photos courtesy of Regina Dlugokencky. 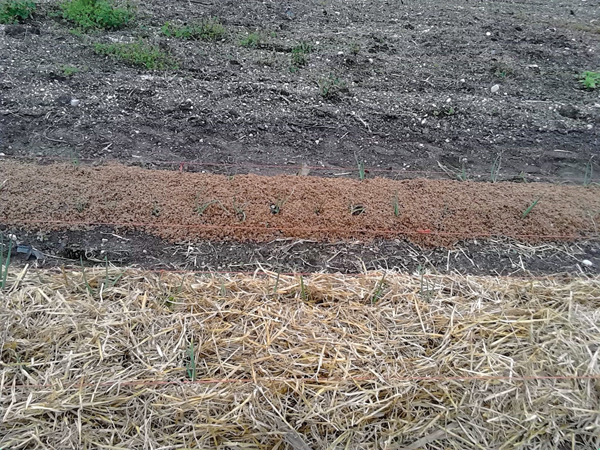 Organic vegetable growers are limited to hand weeding, cultivation, and mulching to keep weed pressure to a minimum. Hand weeding is time consuming and thus labor costs are high. Cultivation is limited in long-term effectiveness. Mulching material on Long Island, New York, where I farm, is an expensive option because cereal farming is not done and therefore straw is in short supply.

With the establishment of more than 20 new microbreweries on Long Island (with more poised to open), Spent Brewers Grains—a byproduct in the brewing process—are becoming more abundantly available. A microbrewer brewing a single seven-barrel batch (217 gallons) of beer will consistently produce a large amount of Spent Brewers Grains (which I will hereafter refer to as SBG) — at least 220 pounds per brewing day. Most microbrewers consistently brew more than two batches of beer each week.

I received a SARE grant to investigate the effectiveness of SBG as a low-cost option for suppressing weeds in organic onion and broccoli production. The study was conducted on a small certified organic farm in Huntington, New York. All of the SBG from this year’s study was provided by Blind Bat Brewery in Centerport, New York.Here are the details:

About one month after planting the onions, the total area was mulched with the spent grain and straw (approximately 160 sq. ft. for each treatment) at a 1-inch depth.

Below: Spent Brewers Grains come from the brewery in large plastic trash cans. The grains are wet, dense, and smelly before they are applied. 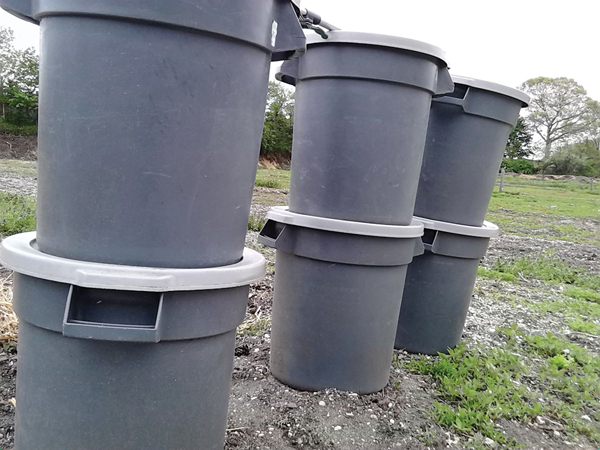 Application of the SBG mulch for this project was done manually. Spent brewer’s grain is wet (and stinky...especially as it ages) and a bit more difficult to apply than Straw. First-hand experience of using the grain in a previous study provided insight on the difficulty of applying it with a 6” spacing without the grain touching the base of the plants.  Since I previously found no negative effects of the SBG being placed right up to the side of plants in non-study situations, I applied the grain without concern about it touching 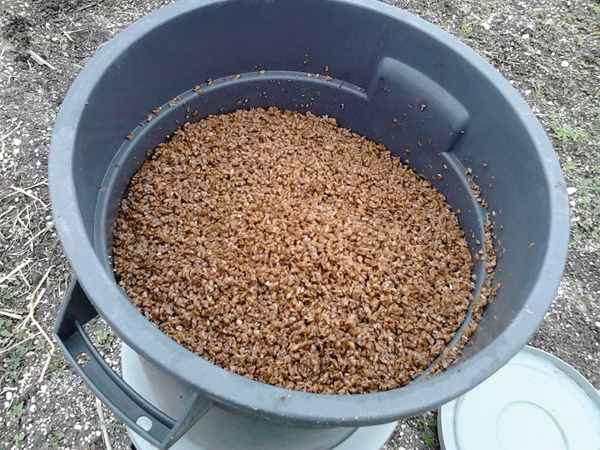 the plants.  As a result, it was easier (and faster) to apply than the straw. The plants were growing well after about two weeks and seemed to be thriving in the wet mulch.

Weeding was done at the end of June, and the end of July, with a final weeding done while harvesting onions in August. Weeding and weighing was quite time consuming, since the weed pressure at this site was very high. The weeds in the un-weeded sections were so tall that they had to be cut back earlier in the season to prevent shading out the rows next to them. (Weights of the toppings were added to the final weed weights.)

The results suggest that maximum control of weeds can be best achieved by mulching, regardless of type of mulch, and weeding combined.

This data suggests that SBG is as effective as Straw as mulch for weed suppression.
In terms of effects of type of mulch on yield, a significant difference in weight was found only between the onions mulched with straw (whether weeded or un-weeded) and those grown in the un-weeded Control Plot.  No statistical significance was found in the yield of Broccoli following the onions between the three treatment plots.

Macro and Micro Nutrient analysis revealed a drop in Potassium and Sulfur levels as compared to soil samples at pre-plant, and an increase in Sodium, Calcium, Magnesium, Manganese, and Zinc. Calcium and Magnesium were higher in the Straw and Control plots than in SBG plots, when compared to pre-plant samples, even though these two nutrients are associated with SBG.

The land where I conducted this study had very, very high weed pressure and so results may have been diminished.  This scope of this particular study doesn’t go beyond one growing season to evaluate how Spent Brewers Grain affects soil quality. I would hypothesize that the value of SBG is underestimated but would be interested to see if the benefits are longer lived and how they would change over time.  I posit that even more benefits of this product are yet to be explored, including investigating the effect of SBG on soil organisms. Anecdotally, I have observed a higher population of earthworms in soil that has been mulched with SBG than soil that has not.

To read the complete report, visit www.sare.org and search for Project Number FNE12-743.

Regina Dlugokencky is the owner of Seedsower Farm in Centerport, New York.

This summer, think of a topic for a SARE farm research grant

The hands-on independence that drives farmers to try new things can also be a burden when we can’t find the time or resources to pursue uncertain inspirations while running a stable business. This is where the Sustainable Agriculture Research & Education (SARE) program steps in, funding projects that meet its mission to advance “innovations that improve profitability, stewardship and quality of life by investing in groundbreaking research and education.” Since its founding in 1988, “SARE has funded more than 5,000 projects with grants for farmers, ranchers, extension agents and educators, researchers, nonprofits, students, communities and others.” Farmers can be directly involved with (and benefit from) the program in three ways: by applying for grants to do on-farm research, by serving on review committees to help guide that research, and by using the information and experience resulting from almost 30 years of completed projects. 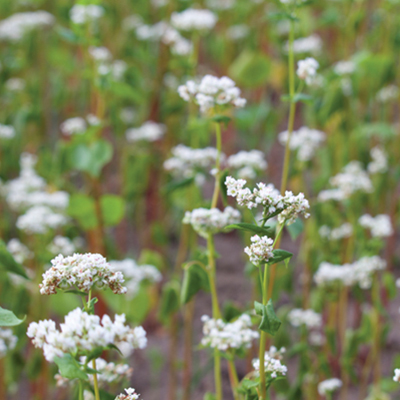 There are many reasons to plant cover crops — preventing erosion, combatting weeds, adding nutrients to soil, and providing forage for livestock, to name just a few. And there are dozens of types of plants that can be grown as cover crops. Choosing the best crops for each season, objective, and situation can be a puzzle. 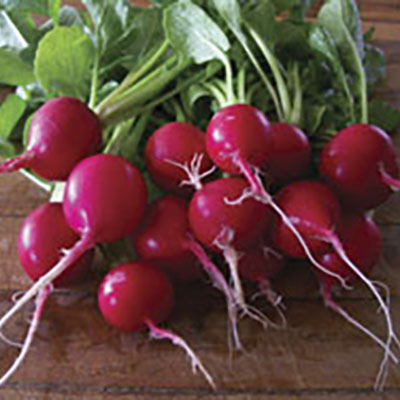 Radishes for every season

Radishes should not be overlooked – although usually a minor crop, they have some important roles in a mixed vegetable farm. The familiar small radishes are quick-growing, brightly colored and add crunch to winter and spring salads. Since they are easy and quick to grow, they can be planted whenever a space opens up, as insurance for filling out the CSA box or market booth. And if you don’t need them, you haven’t invested much, and can till them in. Or let them flower, as the flowers attract beneficial insects. Not all round and red, radishes come in many shapes and sizes to add visual variety. There are also large winter storage varieties, and ones for use as a cover crop, which can help control pest nematodes.