GFM Founder Lynn Byczynski was recently honored by the Association of Specialty Cut Flower Growers (ASCFG) for her work educating flower farmers through her writing in Growing for Market and her book, The Flower Farmer: An Organic Grower’s Guide to Raising and Selling Cut Flowers. She was presented with the Allan Armitage Leadership Award at the ASCFG’s 30th Anniversary conference in Raleigh, NC.

“The ASCFG bestows only two awards, and even those only occasionally, to those who have gone above and beyond in their service and contributions to the ASCFG and the cut flower industry,” said Judy Laushman, executive director. “It was an honor to present this award to Lynn.”

Alex Hitt of Peregrine Farm presented the award at the anniversary banquet, the final event of the three-day national conference. In accordance with the group’s tradition, Lynn was not told in advance that she had won the award, and so the realization dawned slowly as Alex described her dual career as a journalist and a flower grower.

Lynn and her husband, Dan Nagengast, started growing organic vegetables in 1988 and soon diversified into cut flowers for sale at farmers markets, florists, and their local food coop. Lynn joined the ASCFG in 1991, about the same time she started planning to launch a national newsletter for market farmers.

“I was touched to receive this award,” Lynn said. “I have always felt incredibly lucky that I was able to create a career that merged my two great passions – reporting, and growing food and flowers. So my work has been its own reward. But it’s really great to receive this affirmation from my colleagues in the cut flower world."

“The ASCFG has provided so much support and information to me throughout the years that I’m not sure I would have succeeded as a flower grower without it. It is a unique organization of people who love flowers and gladly share their knowledge. It is the most collegial and fun group of people I know.”

The ASCFG also bestowed its second award at the conference. President Dave Dowling received the 2018 Outstanding Service Award “for his years of selfless generosity to the ASCFG as a whole, and personally to countless growers."

The ASCFG holds its national conference every other year, with smaller meetings in the off years. In 2019, meetings are scheduled for Denver, St. Louis, Portland, Maine, and Nashville. For more information, visit ascfg.org.

Both of Lynn's books, The Flower Farmer and Market Farming Success, are available from Growing for Market. Subscribers get 20% off all books. 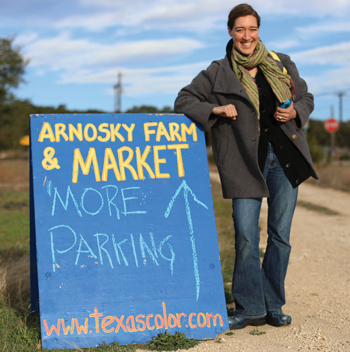 I have been following the flower farming adventures of  Pamela and Frank Arnosky, owners of Texas Specialty Cut Flowers, from the start. Their wonderful monthly column here in Growing For Market spanned more than 15 years and eventually became two fabulous books, We’re Gonna Be Rich (out of print) and Local Color (still available from GFM).  When I got wind that the ASCFG was hosting one of their four conferences at the Arnoskys’ farm this winter, I flipped a gasket. Visiting their famous operation has long been a dream so with a little nudging from Lynn, my husband Chris and I hopped a plane and ventured deep into Texas hill country to learn the secrets of successful flower farming from two of the finest masters in the biz!

A spectacular display of lilies attracted throngs of flower lovers to Longwood Gardens in Kennett Square, PA, in May 2010. Many of the varieties on display are new to the United States, and floral professionals had a chance to vote on the best of these beauties.

Demand for local food has increased dramatically from all corners of American society in the past few years. And no one has been more active in demanding it than college students, who are required by contracts or practical necessity to eat at campus dining services. Many have decided they are sick of the usual cafeteria fare and are organizing for change.

From UCLA to Harvard, University of Minnesota to Appalachian State, and everywhere in between, colleges trumpet their local food initiatives, especially in marketing to prospective students.

Attract Essential Pollinators To Your Garden

Insect pollination is essential to many vegetable and fruit crops, including tomatoes, squash, pumpkins, watermelons, blueberries, blackberries, apples, almonds, and many others. In the case of watermelons, there will be no fruit without pollination. Some vegetables don't require pollination to set fruit, but pollination by bees will result in larger and more abundant fruits. Nearly 75% of the flowering plants on Earth rely on pollinators to set seed or fruit, as well as one-third of our food crops, and most pollination is performed by honey bees, native bees, and other insects.

This promises to be the year that tomato grafting reaches the mainstream, with the options for rootstocks increasing and some companies selling grafted plants. Grafting vegetables is nothing new — it’s been practiced in Asia since the 1920s — but it’s still relatively uncommon in the United States. Growing for Market published an article about grafting in 2008, and we have been watching interest grow quickly. But there still are many growers who question its value, given the fact that seeds for the tomato rootstock cost as much as 44 cents each.

The next big thing: Selling to hospitals

You might think that a hospital menu would be the last place to look for farm-fresh produce, organic meats, and local artisan cheeses. The very phrase “hospital food” has long been synonymous with bland, over-processed meals.
But in the past few years, enthusiasm for local food has been spreading through the health care industry, and hospitals are increasingly receptive to the idea of buying from local farms.

January is the best month to choose crops, order seeds, and plan your seed-starting and planting schedules. Spring is still months away, but you can start planting earlier than ever before with the new season extension products available from Johnny’s. And by doing your planning this early, you can be sure you won’t miss any important windows for valuable early crops.

When Chris Blanchard started farming in Decorah, Iowa, in 2000, it became apparent after his first year that he needed to scale up from the 5 acres he had hoped would provide a livelihood.

“We realized that to make a living, we were going to have to sell over twice the amount of produce the natural food coop in our town was selling. It was a wake-up call. We decided that our town, even though it’s got a vibrant local food scene, was not going to be big enough to support our farm, let alone all the other farms doing direct marketing in the area.” 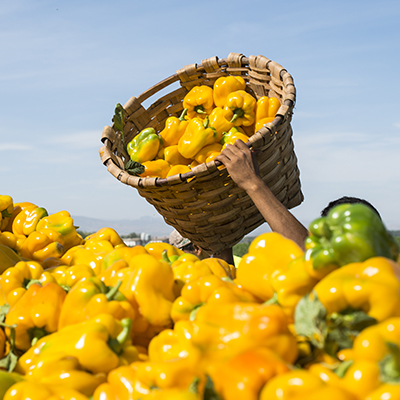 Get ready for GAPs

As 2009 draws to a close, food safety is high on the national agenda. Fruit and vegetable growers are facing pressure to comply with food safety standards, known as Good Agricultural Practices (GAPs), and wholesale buyers are increasingly requiring a third-party GAPs certification. Although certification is technically still voluntary, nearly everyone in the produce industry agrees that mandatory certification is on the horizon for those who sell wholesale. 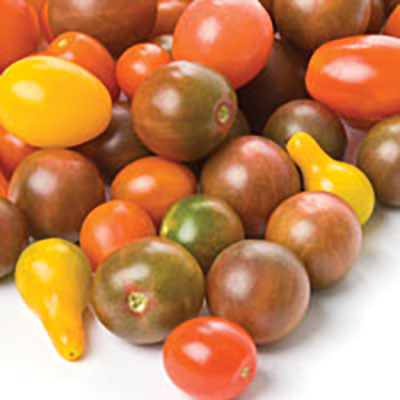 Mix it up with colorful cherry tomatoes

I believe in the rule of threes when it comes to trends — when something pops up three times, it’s got to be a trend. So the third time I encounted cherry tomatoes, at a supermarket for $6.00 a pound, I knew I was on to something.

What to expect when the markets open

Many growers are waiting for the opening of the 2009 marketing season with some trepidation. No one knows what's in store for direct market farmers this year, with the economy the worst that we have seen in decades. But here are some things to think about in the few weeks that remain

Eliot Coleman's new book, The Winter Harvest Handbook, proves that he continues to experiment and innovate - and that he is meeting with considerable success, with gross revenue of $80,000 per acre on his coastal Maine farm.