Why it's important to keep talking about discrimination in agriculture

In the August 2019 issue of Growing for Market, we published an article entitled “Social and racial justice on farms.” As the editor, I did not think it was particularly radical. In my eyes, it was mainly a guide for farmers who have been underserved and discriminated against by our farming system (more on that later) to find resources and start farms. I honestly did not expect it to cause controversy.

However, in the month following publication, we got more than a couple nastygrams from people who took exception with the article. In fact, we got more feedback on that one article than any other in the five years since I took over the magazine. The rankled readers said they wanted us to stay out of politics, and a few canceled their subscriptions.

Now, we at GFM normally do not get a whole lot of feedback from readers. Since we are a trade publication for working farmers, we figure people mostly look to us for practical information on growing, marketing, and the business of running a small farm, and we try to stick to that. Probably like a lot of businesses, we usually don’t hear a lot from our readers until they are unhappy.

So, I thought- what made people so upset with this article? It simply acknowledged the fact that systemic racism exists and talked about ways and resources to fight it in farming. I couldn’t find anything particularly onerous in the story.

The people who don’t want to combat racism want to suppress discussion of the problem, so it doesn’t get fixed. But it’s because of agriculture’s history of systemic racism that we need to keep the discussion going, however long it takes.

Why is this important? And what does it have to do with agriculture? In addition to attempting to right past wrongs and do the right thing, it is important to agriculture because there are many fewer minority farmers than there should be because of systemic racism. For example, though around 12% of the US population is black, about 95% of farmers are white, and only about two percent of farmers are black.

This is not an accident. Years of systemic racism at the USDA meant that black farmers were denied farm loans and other services based solely on their race. In 1999, the USDA lost a lawsuit brought by black farmers, alleging that it wrongfully denied them farm loans, loan servicing, other benefits, or gave them loans with unfair terms. When the lawsuit was settled in the black farmers’ favor, it became the largest civil rights settlement in history. For more about the lawsuit, click here.

If you want to know more, there’s a book about it called Dispossession: Discrimination against African American Farmers In the Age of Civil Rights by Pete Daniel. It talks about how between 1940 and 1973 the number of black farmers dropped by 93 percent due to systemic racism. For more on the book, click here.

If we gave in to the demands of those who want us not to talk about the legacy of discrimination in the United States, we would not be fulfilling our objective of helping farmers everywhere feed their communities.

When I go to ag conferences and see mostly white faces, I know that is the legacy of discrimination. One of the great things about plants is that they don’t know and don’t care what color you are.

In order to help the arc of history bend back towards justice, we are working with minority farming groups to make GFM scholarship subscriptions available to aspiring minority farmers. If you know of groups that could help us in that task, please let us know.

Here’s a link to our article, Social and racial justice on farms.

And here’s an accompanying piece, Resources for social and racial justice in agriculture.

Andrew Mefferd is the Editor of Growing for Market. He farms in Maine.

REAPing the benefits of solar power

Last spring we had solar panels installed on our farm for the first time. A combination of federal tax credits, USDA grants, and rising energy costs are making this an increasingly sensible economic decision for many farmers, in addition to the environmental benefits.

Food safety oversight may be coming soon — possibly even this summer — to your farmers market, on-farm store, and even CSA. Good Agricultural Practices (GAPs) certification is already required by some wholesale buyers and insurance companies. Now there is a growing movement to encourage small farmers to implement food safety plans wherever they sell. 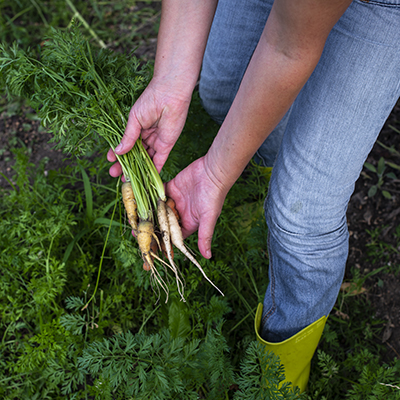 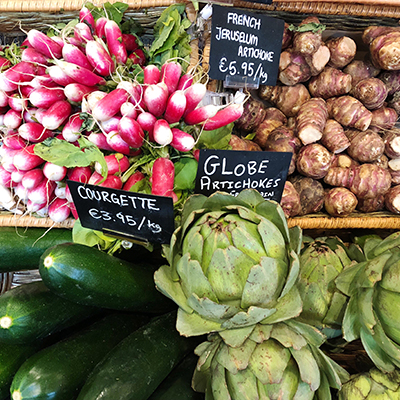 Every year around this time, Growing for Market hears from new growers who want to know how to set prices. If only there were a simple answer! Unfortunately, pricing continues to be one of the most elusive skills in direct-market farming. This article will recap some strategies that experienced growers use in setting prices and tell you about some new resources.

Part 1 of a three-part series on hoophouse production.

Part 2 ­— Managing soil fertility, pests, and weeds in the hoophouse.
Part 3 ­— Mobile hoophouses.
For more hoophouse information and links to the publications mentioned in this article, go to growingformarket.com and click on the hoophouse photo in the right-hand column. 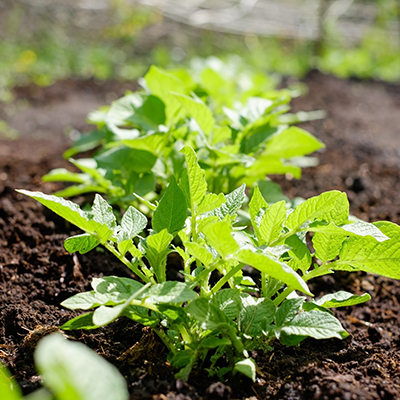 Food Safety: Let's work on this together!

Good Agricultural Practices (GAPS) - that sounds innocent enough.  The danger lurks in who defines them and whether the rules and regulations fit farms of various sizes and processing on differing scales.